The Breached Dam is 100 years old 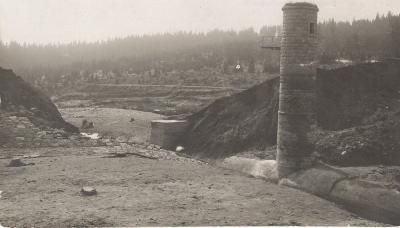 This year, one hundred years will have passed since the catastrophe on the White Desná caused by the breach in the former dam which occurred on 18th September 1916. For 67 people, this meant the loss of that which is most valuable, while the survivors suffered great hardship and the prospering town experienced a fatal disaster. This catastrophe influenced the construction of similar hydro-engineering structures for decades to come. The reservoir is unique in Europe: it is the only earth dam in Europe to have breached for technical reasons. (PHOTO 1) The dam served its original purpose for a mere 10 months and the reservoir did not even have time to completely fill (it was only approximately ¾ full at the time of the catastrophe). However, it has now been a hiking destination for a full 100 years.

The “Renewal of the Breached Dam Cultural Heritage Site” project was established in 2013 at the instigation of Mr Jaroslav Zeman, a senator in the Parliament of the Czech Republic and the Mayor of the Municipality of Albrechtice v Jizerských horách, with the aim of supporting tourism. The Town of Desná joined this initiative and it was also supported by the entire Tanvald Micro-Region. The Czech Forest Company (Lesy ČR), the Elbe Catchment Board and the Nature Reserve contributed to its realisation. The goal of the project was to rid the Breached Dam of self-seeded trees and in doing so to open up an unrepeatable view of the remains of the former dam. (PHOTO 2) Other work involved the reinforcement of the stone sections, the installation of information signs, the construction of a safe new footbridge across the White Desná and also a shelter for walkers at the site where the Krömer Hut once stood. (PHOTO 3, 4) Footpaths have been created along the dam and an educational trail has been established. It leads from Desná to the Breached Dam area. A wooden bell tower was installed in the centre of town (created within the framework of the Desná wood carving festival) with a mark indicating how high the water rose at the time of the catastrophe and a sign pointing towards the educational trail. (PHOTO 5) The trail includes information panels at staggered intervals with texts in four languages (Czech, German, Polish and English). The educational trail leads from the centre of Desná along the road to the boulder with the memorial plaque in Desná I, behind the kindergarten in Malá Strana, back to the road in front of the bus turning point and up to the former water treatment plant and then upstream to the area of the Breached Dam. The first information panel is therefore in the centre of the town at the beginning of the educational trail. It acquaints walkers with the tragedy on the White Desná in brief: in words and photographs. The second panel is located behind the kindergarten and visitors can view period photographs of the buildings after the tragedy along with explanatory notes on it. The third information panel has been installed behind the bridge (before the return to the road) and it provides information on the cascades in the White Desná in the form of photographic documentation and a short text. The fourth panel is located at the bus turning point and it provides information about a further point of interest which connects Desná and Albrechtice: the Marian Stairs (Mariánské schody). The next section of the trail (between the former water treatment plant and the Breached Dam) includes 3 prepared rest places with views of the wild river bed and the option of testing your knowledge of the local flora and fauna via the interactive educational signs installed by the Czech Forest Company. (PHOTO 6) The “technical” educational trail with information signs provided by the Elbe Catchment Board will be established directly in the area of the reservoir.

The program for the renewal of this cultural monument and its immediate environs is in accordance with the long-term program for the development of tourism in the Tanvald Micro-Region and the development of tourism in the Liberec Region. The project is intended to make the aforementioned locality more attractive and to increase tourist interest in this part of the Jizera Mountains. Celebrations will be held at the Breached Dam on Sunday, 18th September 2016. They will recall the unhappy event, but at the same time will also become an opportunity for the official opening of the facility as a significant tourist destination. This will include a mass for the departed, the consecration of a monument to the victims, but also a number of other activities. The Breached Dam need not only be a sad memento, but its area is also expected to become a popular tourist destination, a meeting place and a place for rest and quiet reflection.

If you like mountain hiking, head from Abrechtice in the Jizera Mountains towards Mariánskohorské boudy to the Protržená dam. The road is about six kilometers long and along the way you can also try to find Schiller memorial stone. 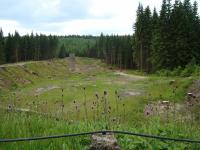 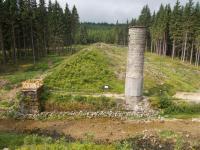 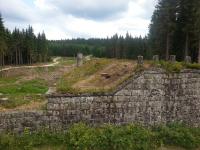 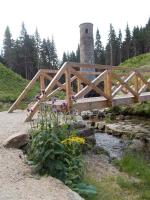 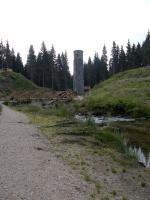 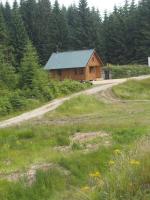 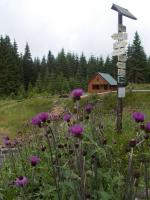