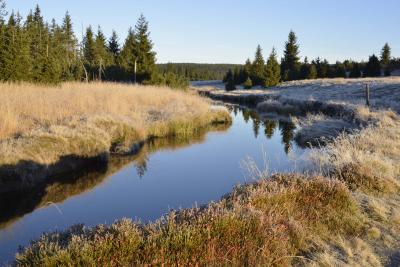 The Safírový Brook is a right-side tributary to the Jizerka River in the upper part of the village called Jizerka.

Since the 16th century the locality has been a well-known site for precious stones: they were found in the brook sediment load. In addition, there are records of gold findings. The best-known stones in the area are sapphires - it is believed that the site was one of the most valuable places of this type in Europe.