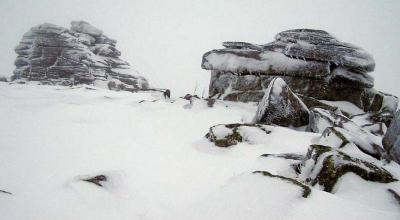 The Mužské Kameny - Male Rocks and the Dívčí Kameny - Girls` Rocks are outcrops of granite weathered in blocks; they form distinctive crest-shaped rocks.

The Dívčí Kameny (1414 m) (Girl's Rocks) were allegedly named after a young shepherdess who had died not far from this place. The rock group on the opposite side (1417m) was named Mužské Kameny (Male Rocks) as a companion. The rock groups situated underneath, the Ptačí Kámen and the Pevnost, show a similar geomorphological origin as the two afore-mentioned formations. The four groups are best accessible from the road between Špindlerův Mlýn and Špindlerova Bouda. 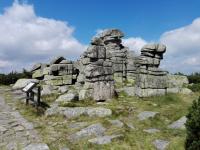 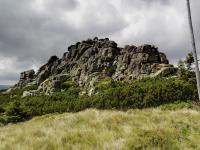 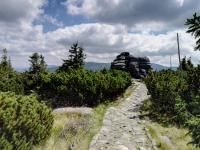 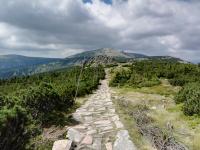