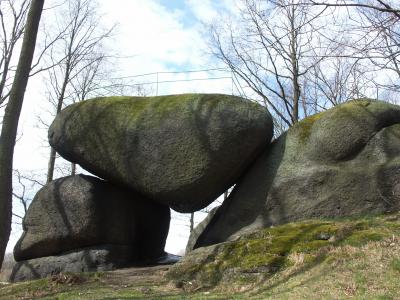 The Pohanské Kameny - Pagan Rocks are located in the uplands of Frýdlant, in the locality of Višňová.

The group of robust stones is composed of Rumburk granite. Until the end of the 19th century, the Pohanské Kameny (Pagan Rocks) were considered a man-made rock formation; however, the formation is of natural origin. In the past, they were allegedly used for worshipping. A marble plaque was installed in the rock in memory of a visit paid by Professor Virchow, who came in 1895 to study so-called rock pots i.e. the caverns formed by the effects of weather conditions.

Frýdlant Lookout Tower on the top of Resselův Vrch

The stone lookout tower on the top of Resselův Vrch, situated to the north of Frýdlant, was built in 1907. 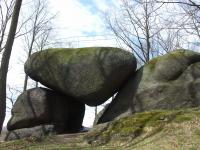