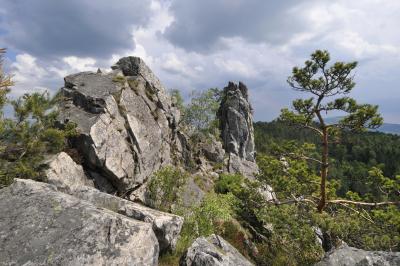 The attractive rock crest of solid sandstone sticks out of and above the forest: from a distance, it resembles an organ or dragon`s back. The distinctive shapes form the unmistakable silhouette of the Maloskalsko region.

The Suché Skály Rocks are situated about 3 km from Malá Skála and 2 km from Líšný. The Suché Skály, former Kantorovy Varhany (Teacher' s Organ) are now nicknamed the Czech Dolomites. The rock coulisse is the result of shifting of the earth blocks when the bottom layer of the sandstone was pushed up and turned perpendicularly to the earth surface. There is no such unique geomorphologic locality in our country. The Suché Skály are attractive for climbers. There are approximately 20 towers – for example, the Hlavní, the Sokolí, etc. In 1965 the Suché Skály were declared a national natural monument. 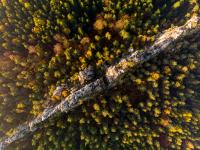