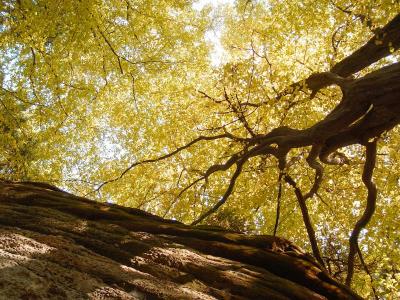 The caves in the territory of the Prachovské Skály are pseudo-karst. They were formed in the rocks and rock towers of rectangular sandstone.

The largest cave in the group is called the Bratrská Modlitebna (Brethren Chapel). It is 31 metres long. The cave was created by collapsed sandstone blocks that got stuck and formed the cave ceiling. The cave called Strážce (i.e. Guardian) is situated at the foot of the rock wall. It is a cave chamber that is 3 m deep, 6 m wide and nearly 1.5 m high. In the cave named Kladivo (Hammer), you can descend through the cave-in debris, between the stuck blocks, and get into the depth of 9 m. The cave is 29 m long. 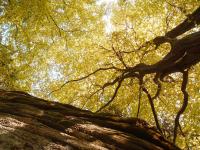