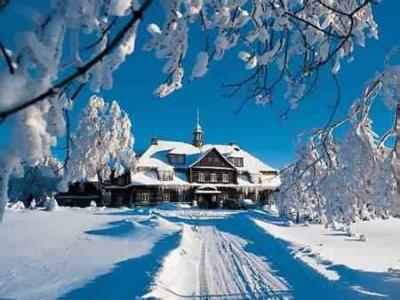 Nová Louka is an important crossroads of tourist trails.
It is situated about 4 km to the north from Bedřichov, 770 metres above sea level. Both banks of the Blatný Brook are covered with dwarf pine growing out of the peat bog. The locality was declared a national nature preserve. Its original name (in 1591) was the Medvědí Louka (i.e. Bear Meadow). Nowadays, it is sometimes called the Šámalova Louka, acccording to the hunting manor that was named after chancellor Šámal. 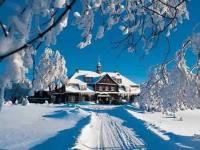